Skopje – The successive openings of consulates of several countries in Morocco’s southern provinces is “compelling evidence showing the false nature of the allegations made by Algeria,” underlines North Macedonian newspaper “MKD”. 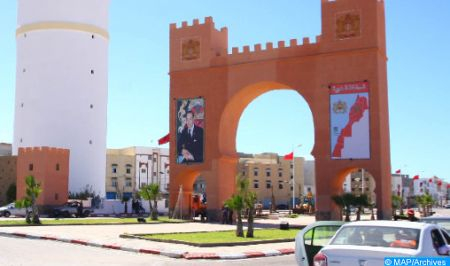 Under the title “Opening of a Jordanian consulate in Southern Morocco,” the newspaper writes that the opening of Jordan’s consulate general in the Moroccan city of Laayoune, “exposes the fake news spread by Algeria” on the Moroccan Sahara.

The publication notes that the opening of the Jordanian consular representation “reflects the calm and stable situation in the region, in total contradiction with the continuous allegations spread by Algeria.”

“Influential Arab countries back the Kingdom’s territorial integrity, which is an effective and legal support for Morocco’s sovereignty over its Sahara,” stresses “MKD”, pointing out that the opening of the Consulates of Jordan and of other influential countries in Laayoune and Dakhla “is proof that the Moroccan autonomy initiative in the Sahara enjoys the full support of influential countries.”

“The opening of diplomatic representations of African, Asian and American countries, especially the United States, shows the support for Morocco’s territorial integrity, and also reflects the policy to turn the Moroccan Sahara into an economic hub to Africa,” the newspaper concludes.