Since Its Independence, Algeria was Dominated by Dichotomy Between Real Power and Formal Power (Spanish Media)

Since Its Independence, Algeria was Dominated by Dichotomy Between Real Power and Formal Power (Spanish Media)

Las Palmas – Algeria is dominated by a “special regime” where there is a dichotomy between a real power held by the army and its intelligence services and a formal power embodied by the president, underlined, Monday, Spanish newspaper” La Provincia”. 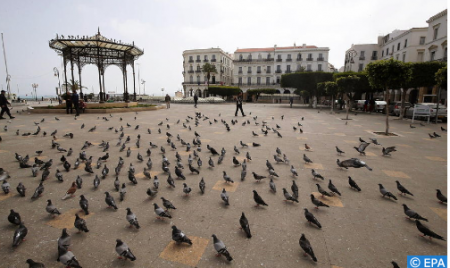 “On the political and social level, Algeria enjoys a particular regime. A characteristic which identifies this regime is the existence of a dichotomy between a real power held by the army and its intelligence services, and the formal power embodied by the Head of State,” said the daily, published in the Canary Islands, in an article by Juan José Pérez Piqueras, political analyst at the Pablo Olavide University in Seville.

“The struggle between the two powers for state control has marked the political life of Algeria since its independence on July 5, 1962”, said the author of the article.

The regime makes the population believe that any change would be fatal to the stability of Algeria, a propaganda which can explain the status quo in this country, explained Pérez Piqueras.

Despite the passing of Abdelaziz Bouteflika and the election of Abdelmajid Tebboune in December 2019, “the struggle of young Algerians who demonstrate peacefully to demand regime change continues with no prospect in sight”, deplored Pérez Piqueras.

“This situation deprives the country of the internal cohesion which is essential for the exercise of a strong mandate,” said “La Provincia”, emphasizing “the current political and social insecurity” in the country.