Moscow – Russia and Morocco are determined to deepen political dialogue on international issues of common interest, the Russian Foreign ministry said Wednesday in a statement. 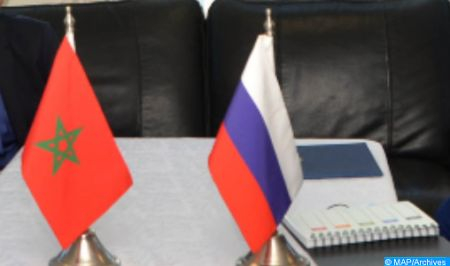 Special Presidential Representative for the Middle East and Africa and Deputy Foreign Minister, Mikhail Bogdanov, and Ambassador of Morocco in Moscow, Lotfi Bouchaara reaffirmed during a meeting held Wednesday, the readiness of Moscow and Rabat to revive and deepen the political dialogue on international issues of common interest.

Discussions also focused on current issues concerning the development of multifaceted bilateral relations, including preparations for the next session of the Morocco-Russia joint intergovernmental Commission for economic, scientific and technical cooperation to be held in Moscow.

The two parties also exchanged views on the situation in North Africa and the Sahel and Sahara region including Libya and Mali, focusing on the political and diplomatic settlement in the region.

This meeting is part of the deep strategic partnership between Morocco and Russia, concluded during the historic visit of His Majesty King Mohammed VI to Moscow in March 2016.

The two ministers also welcomed the positive momentum in bilateral relations between the two countries.