Paris – By accepting the hospitalization of the leader of the “polisario” separatists, the so-called Brahim Ghali, prosecuted in Spain for crimes against humanity, the Spanish government is faced with “a real State scandal”, says the French geopolitologist, Aymeric Chauprade. 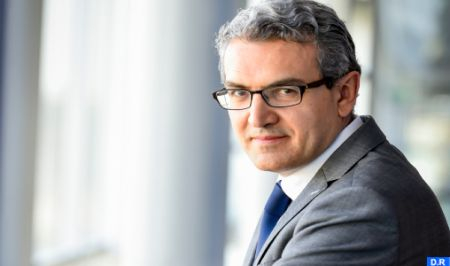 “The Spanish government faces a real State scandal: it has evaded the Spanish justice, with the complicity of Algeria and under false identity #BrahimGhali of #polisario who was under Spanish arrest warrant for crimes against humanity, torture, rape!” underlines the expert in geopolitics in a reaction on his twitter account.

According to Chauprade, “this is a real State scandal!”.

Victims of criminal acts committed by the so-called Brahim Ghali have filed a complaint with the Spanish justice for the activation of the European arrest warrant issued against him. Their lawyers call for the initiation of public action and increased cooperation of the Spanish police to proceed with the interrogation of the leader of the militias of the “polisario” in the hospital, and then to his imprisonment in accordance with the arrest warrant.

Morocco deplored the attitude of Spain which welcomes on its territory the leader of the separatist militias of the “polisario”, prosecuted for serious war crimes and violations of human rights.

In a statement, the ministry of Foreign Affairs, African Cooperation and Moroccan Expatriates expressed Morocco’s “disappointment” at “this act, which is contrary to the spirit of partnership and good neighborliness and concerns a fundamental issue for the Moroccan people and its lifeblood”.

The Spanish ambassador in Rabat was summoned to the ministry of Foreign Affairs, African Cooperation and Moroccan Expatriates to explain his government’s attitude.