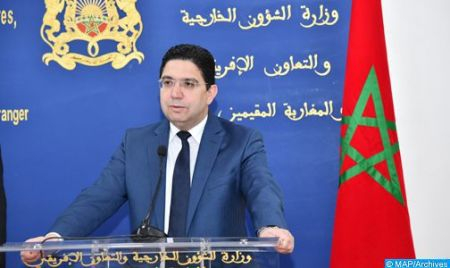 During this exchange, the two ministers praised the excellence of bilateral relations and the dynamics of their progress, through the strengthening of political dialogue and consultation as well as the promotion of economic cooperation, according to a statement from the Ministry of Foreign Affairs, African Cooperation and Moroccans abroad.

They agreed to work jointly, and capitalize on the respective assets of Morocco as a gateway to Africa, and Slovenia as a gateway for Eastern Europe, it added.

On this occasion, Logar recalled the perspective of the Slovenian presidency of the EU regarding the question of the southern neighborhood policy and highlighted the role of Morocco as a strategic partner of the European Union and a pole of stability in the Mediterranean and African region.

The two ministers noted the convergence of their views on several regional and international issues of mutual interest.

In this context, the Slovenian FM paid tribute to Morocco’s efforts and its contribution to the resolution of the Libyan crisis, the statement concluded.