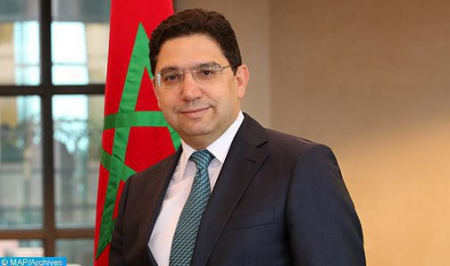 On this occasion, the two parties praised the ties of friendship binding the two Royal Families, according to a press release from the Ministry of Foreign Affairs, African Cooperation, and Moroccans Abroad.

They also stressed the excellence of the partnership between the two countries and the density of the relations marked by friendship and mutual respect.

On this occasion, Wilmès welcomed the role of the Moroccan community established in Belgium that she described as a pillar of this exemplary partnership.

She also praised Morocco’s role  as a relay of development and an important stakeholder in achieving stability and prosperity in the region and Africa in general.

The two parties agreed to a visit by the Belgian minister to Morocco later this year to consolidate the strategic nature of the bilateral partnership, while strengthening the political dialogue as well as consular and judicial cooperation, and opening the way to new innovative areas of economic cooperation, such as the development of value chains and green economy, the release added.

The two FMs also stressed the importance of continuing cooperation on issues of common interest at the multilateral level and in international fora.