Calcutta – Morocco opened recently an honorary consulate in Calcutta, capital of the Indian State of West Bengal, within the framework of strengthening the diplomatic relations between Morocco and the Republic of India. 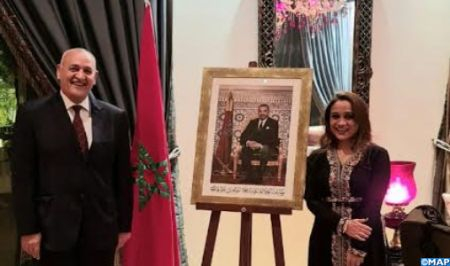 Speaking during the inauguration ceremony, Moroccan ambassador to India Mohamed Maliki underlined the importance of the said consulate in reinforcing friendship and the cooperation between the two nations in all fields, notably trade, investment, tourism and the movement of people and goods.

The Moroccan diplomat who emphasized the economic potential and the various investment opportunities that Morocco boasts, hailed the excellent ties between the two nations, said a statement by the Moroccan Embassy in India.

He also said that the business field in the two nations will benefit from the momentum given by HM King Mohammed VI’s visit to India in 2015, which contributed greatly to the development of bilateral relations.

The event was marked by the installation of Rashmi Chowdhary, an eminent Indian businesswoman, as the first honorary consul of Morocco in the Indian State of West Bengal.