Rabat – The House of Representatives approved by majority, Tuesday in plenary session, the draft organic law n° 08.21 amending and supplementing organic law n° 02.12 relating to the appointment to key positions, in accordance with the provisions of Articles 49 and 92 of the Constitution. 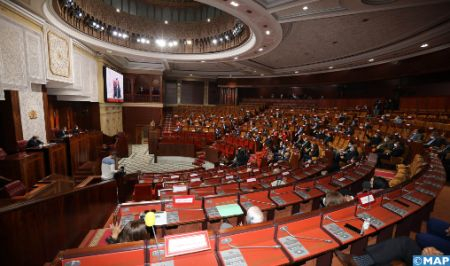 In this regard, the Minister of Economy, Finance and Administration Reform, Mohamed Benchaâboun said that this text aims to modify and complete the list of public establishments and enterprises cited in Annexes 1 and 2 included in organic law n° 02.12, by the introduction of the “Mohammed VI Investment Fund” in the list of strategic public enterprises, whose officials’ appointment is made via the deliberation of the Council of Ministers.

The minister added that the provisions of this project concern the modification of the name of the “Hassan II Foundation for the Welfare of the Agents of Authority of the Interior Ministry”, included in the list of the strategic public establishments whose officials’ appointment is made via the deliberation of the Council of Ministers, by the name “Hassan II Foundation for the Welfare of Agents of Authority and Civil Servants of the Interior Ministry”, adding the expression “Civil Servants” following the reorganization of this body.