Washington – By giving “humanitarian reasons” to justify the hosting on its territory, under a false identity, of the man named Brahim Ghali, Spain sends the world “a message of hypocrisy”, said American analyst Calvin Dark. 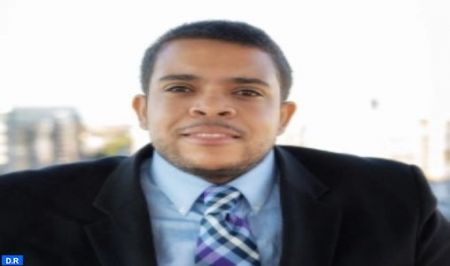 In a statement to MAP in Washington, Dark, a specialist in international affairs, added that by hosting this fugitive who is sued for crimes of terrorism and genocide, Spain “rewards war crimes and turns a blind eye on the captive population who is in crisis”.

“How many individuals held in the polisario-run camps of Tindouf suffer and need medical care? We do not know this answer because the Polisario and Algeria are holding the Sahrawi refugees hostage – far from the sight of the world”, said the president and co-founder of the RC Communications center.

It is quite clear that Algeria, which organized the transfer of the separatist leader from the camps, has once again proven that it is not an innocent bystander in the long-running conflict over the Moroccan Sahara.

According to Calvin Dark, “without Algeria, which supports the Polisario, there would be no conflict”.

“The UN and the international community must hold Algeria responsible for the role it has played from the start” in this regional dispute, recalled this expert in Maghreb affairs.