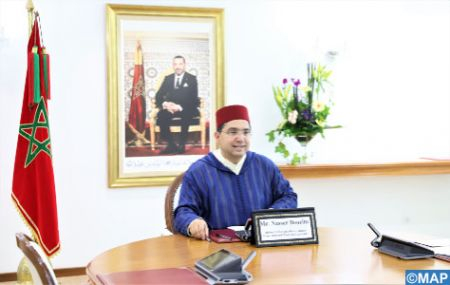 During this meeting, the two ministers lauded the excellent relations between the two countries and stressed the importance of further strengthening them, through the intensification of political consultations, said the Ministry of Foreign Affairs, African Cooperation and Moroccans Abroad in a press release.

The two ministers welcomed the recent holding of Morocco’s Economic Week in Ireland, which is part of the development of the bilateral economic partnership and with a view to its opening up to Africa and other regions of the world, added the same source.

Bourita and Coveney praised the upcoming opening of the Irish Embassy in Morocco and the appointment of an Irish Ambassador residing in Morocco.

Coveney reiterated Ireland’s support for the strategic partnership between the European Union and Morocco and expressed his support to Morocco for its serious and credible efforts for stability and development in the region, said the same source.