Citizen Support for Electoral Process, One of Next Elections Challenges (Interior Minister)

Citizen Support for Electoral Process, One of Next Elections Challenges (Interior Minister)

Rabat – Promoting greater citizen support for the electoral process remains one of the challenges of the upcoming elections, Interior Minister Abdelouafi Laftit said Wednesday in Rabat. 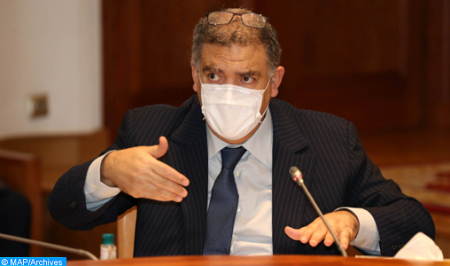 “The challenges to be met can be summed up in the promotion of citizens’ adherence to the electoral process. This is a goal that we all set for ourselves,” said the minister during the discussion of draft electoral laws at the level of the Committee of Interior, Local Authorities, Housing and Urban Policy at the House of Representatives.

The elections this year, he said, are exceptional in view of both the current context of health crisis and the way in which preparations are being made. He insisted on the importance of showing the same spirit that prevailed during the consultations on the next elections, in order to reach bills around which a climate of understanding and conciliation prevails.

Laftit said that his department has a similar relationship with all parties, being convinced that partisan action can only serve the interests of the country, hence the need to combine efforts for the smooth running of the elections.

The Ministry of Interior, he went on, is committed to do everything possible to ensure that its officials can observe total and positive neutrality in this process.